How {NOT} to run a half marathon

I woke up feeling shaky, clammy, and anxious.

I guess the fact that I woke up at all was a miracle. After a night of restless wakefulness, I think I finally drifted off minutes before my 4:30am alarm. I heard it go off and wondered, "Should I just get up now or try to sleep until the 5am alarm?" In desperation, I chose the latter. Surely, you can't run a half marathon on zero hours of sleep... 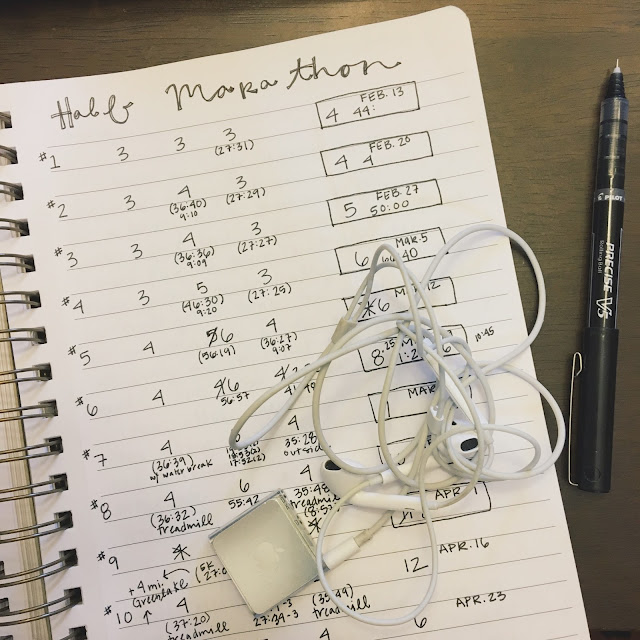 At 5:35am, I woke up, sweaty and frantic. I never heard the second alarm. I stumbled to the bathroom. The race was starting at 6:15am. My house was a half an hour away. I couldn't really do the math in my incoherent state but I knew it was bad. I had less than an hour to get ready, choke down breakfast, and fly down the toll roads to an unfamiliar part of the town where the race festivities were already underway. At that exact moment I should have been starting to warm up by the starting line and instead I was fumbling in the medicine cabinet to find drops for my red, dry eyes.

Thankfully, in the midst of my insomnia, I had already put on my running clothes around 3am. That saved me a minute or two. I brushed my teeth and shoved shoes on my feet, before racing downstairs for breakfast.

The day before I had planned out my pre-race food perfectly... a bagel with peanut butter, a sliced banana with yogurt and granola, my normal morning coffee, and a protein bar to eat in the car on way there. I grabbed the bagel from the pantry and sliced it in half with hands still shaking. Although I didn't really have time, I made my normal coffee because it seemed insane to run a race on one hour of sleep with no caffeine. I forgot all my other food and ran out the door, coffee grounds and bread crumbs strewn all over the counter in the midst of sleeping pill wrappers from the previous night...


Ever since we moved to California in October, I have not been sleeping well. As the time for my dissertation defense drew near in late January, I began to regularly struggle with insomnia at least once or twice a week, often not falling asleep until 2 or 3am. Two nights before my defense I didn't sleep at ALL. I was supposed to drive to Arizona the next day and ended up taking a flight because I couldn't fathom driving six hours through the desert on zero hours of sleep. Now that my dissertation is finished, you would think I would sleep better, but that hasn't been the case so far. If I'm in a high stress situation, I anxiously lie awake in bed counting down the very few hours of sleep I am going to get. Knowing I might struggle with insomnia the night before the race, I bought some sleeping aids for the very first time. Three sleeping pills and two Melatonin later, I was lying awake in the middle of the night with a stomach ache.

Now I was on my way to the half marathon wondering if it was even worth it to go. The fact that I had paid $120 for the race was at war against my disappointment that I might not PR like I wanted to. I had trained so hard for this race. 12 weeks of running 3, 4, 5, 6 miles on weekdays, hauling the girls to the gym or squeezing in a run right after work. 12 weeks of long weekend runs. 7 miles around the neighborhood, 12 miles by the beach on the windiest Saturday in history. I was so ready... 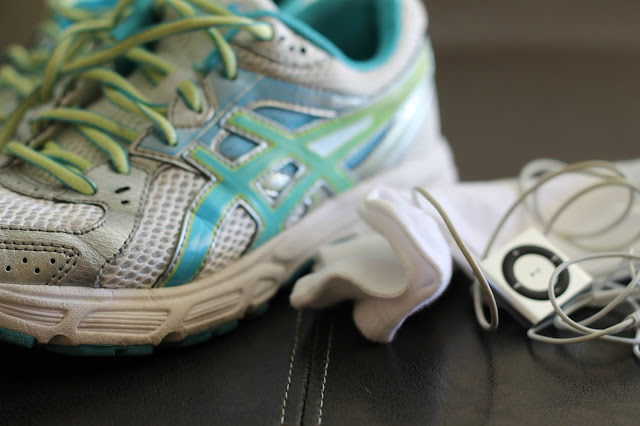 I thankfully found good parking and rushed to the starting line, stuffing energy blocks and gum into my running belt as I went. Everything felt off. My body. My mind. My game plan. Friends of mine were running the race too, but they had taken off in the first corral ages ago. I was now crammed in the 2:45 pace group and my entire vision for how I would run the race was crumbling before my eyes. I took off at the starting line and broke away from the pack. I accidentally ran an 8:20 first mile (oops) and then tried to settle into my pace. By a mile and a half, I caught up to the 2:30 pacers, but as my stomach churned from those stupid sleeping pills and exhaustion overwhelmed me, I considered quitting. We were close enough to my car still that I could just walk back and go home. I knew if I ran much further I would be so far away from my vehicle that I would have to finish the race no matter how slow or painful. I caught a glimpse of a cheesy slogan on the back of another runner's shirt. I'm pretty sure it said "Quitting is not an option." I pressed on.

Because I ran my first mile so fast I actually didn't lose sight of my ideal pace (2:10 finish) until around mile 10. My splits were slower than they should have been, but when I reached ten miles I still thought I might be able to pull it off. Then I hit the big hill at mile 11 and slowed down just a bit too much. Overall, it was actually a decent race. I just used up the adrenaline I needed to PR simply by running on so little sleep.

I ended up running a 2:14, just four minutes shy of my goal. I didn't know whether to laugh or cry, so I ended up doing both. I crossed the finish line feeling like a robot and mindlessly filled up my bag with Gatorade, bananas, and energy bars, not wanting to eat any of it. I got a free massage and then walked to the shuttles, alone and exhausted.

When I finally made it back to my car and my phone, Micah called. When I answered, his voice was a mix of worry, surprise, and relief. He was home with the girls and had awoken to my pill wrappers all over the counter. He was about to go looking for me. I broke down in tears for a minute or two, devastated that I hadn't accomplished the goal for which I had worked so hard. He piled the girls in the car and met me at my favorite coffee shop. As I drove, I tried to console myself. On the one hand, it had been a rough morning and not at all what I had pictured when I started training for the race back in February. On the other hand, I ran over 13 miles after, basically, being up all night. If they were giving out medals for running on the least sleep, I probably would have won that division...

***I'm sure I will laugh even more about this incident later in life, but right now it's bittersweet. I'm thankful the Lord humbled me by making me miss a goal I was so sure I could achieve. I'm also thankful He sustained me to run a race when I felt so needy and ill-equipped. I'm sure there are a million things I could learn from my sleepless half-marathon, but the main one is this: "But he gives more grace. Therefore, it says, 'God opposes the proud, but gives grace to the humble." James 4:6