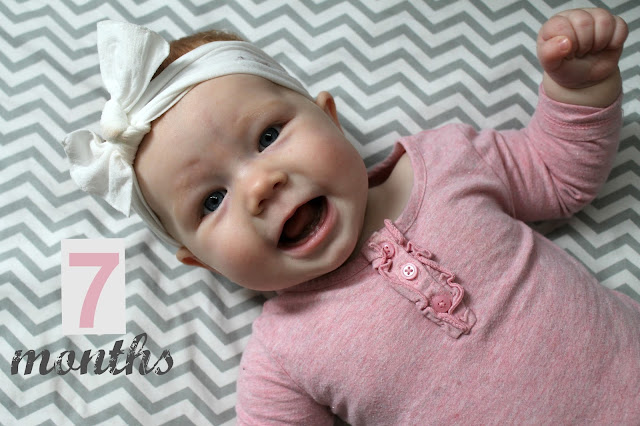 Growing // Talitha's growing has slowed way down since she's become mobile. I'm not sure how much she weighs (around 20 pounds?), but she has been holding steady in 12 month size clothes since November! She is finally transitioning to 18 months pajamas, so I know she's getting taller, but she is virtually petite compared to Zianne at this stage.

Eating // Talitha loves solids. She eats so well and rarely chokes on her food. I've given her almost all foods, except for meat. I remember being so concerned with Zianne about which foods she should eat at which age, but I pretty much feed Talitha anything off my plate, and she loves it all. Veggies, fruits, potatoes, rice, beans. She's all about solids and definitely wants three real meals a day. She is still mostly nursing five times a day, but I'm pretty sure she will drop a feeding in the next few weeks.

Wearing // T is still in 12 month clothes, and they are getting quite shabby with her crawling and messy eating habits. We just transitioned to 18 month footie pajamas about a week ago. 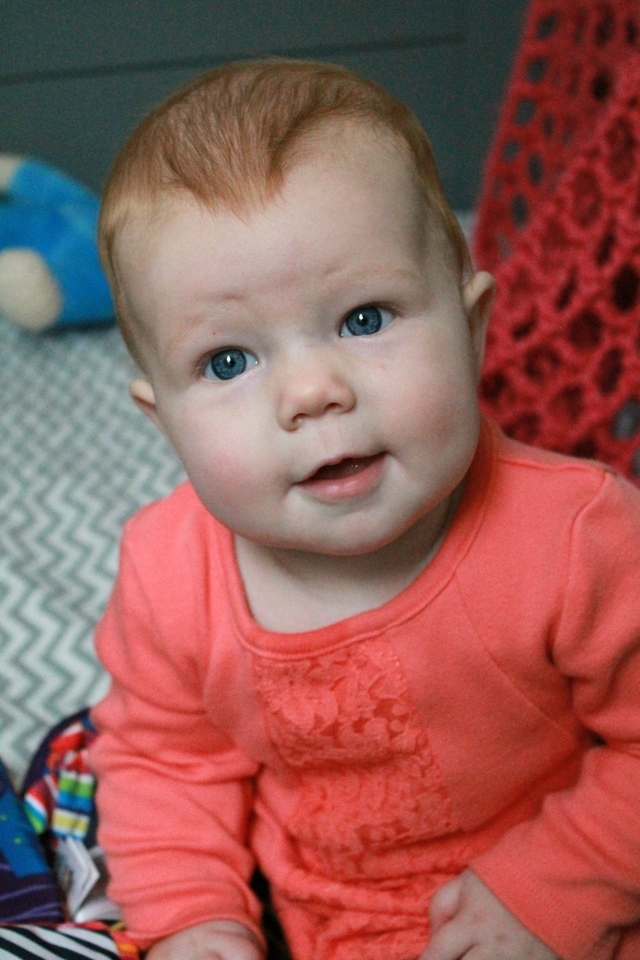 Doing // Sitting, crawling, army crawling, pulling up onto low items like stools and the toy basket. Standing up and leaning on the couch or ottoman as long as we give her a boost into position. Wrestling sissy. Going to daycare twice a week. She just started waving a few days ago, and it's the cutest little open hand, finger wave I've ever seen.

Loving // Baths, crawling to the bottom step and beating on it like a drum, chewing on wooden puzzle pieces, ALL food, drinking from a cup.

Loathing // Getting dressed, getting in the car seat, having her face or nose wiped. 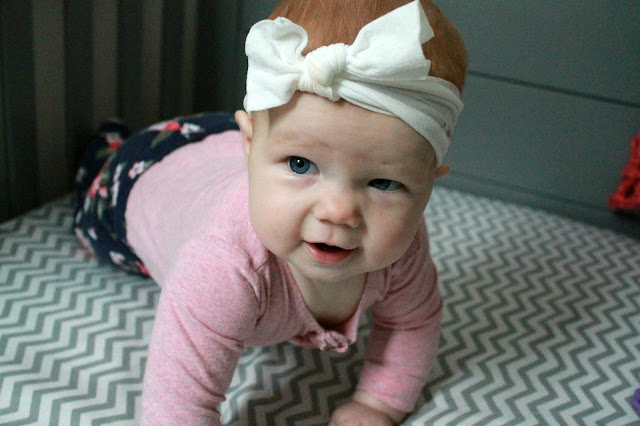