From Death to Life

I hate drama and I try never to exaggerate, but here is the truth...

I almost died a couple weeks ago.

And yet, I didn't die. I walked away from what could have been a deadly incident completely unscathed. God's graciousness to me abounds. 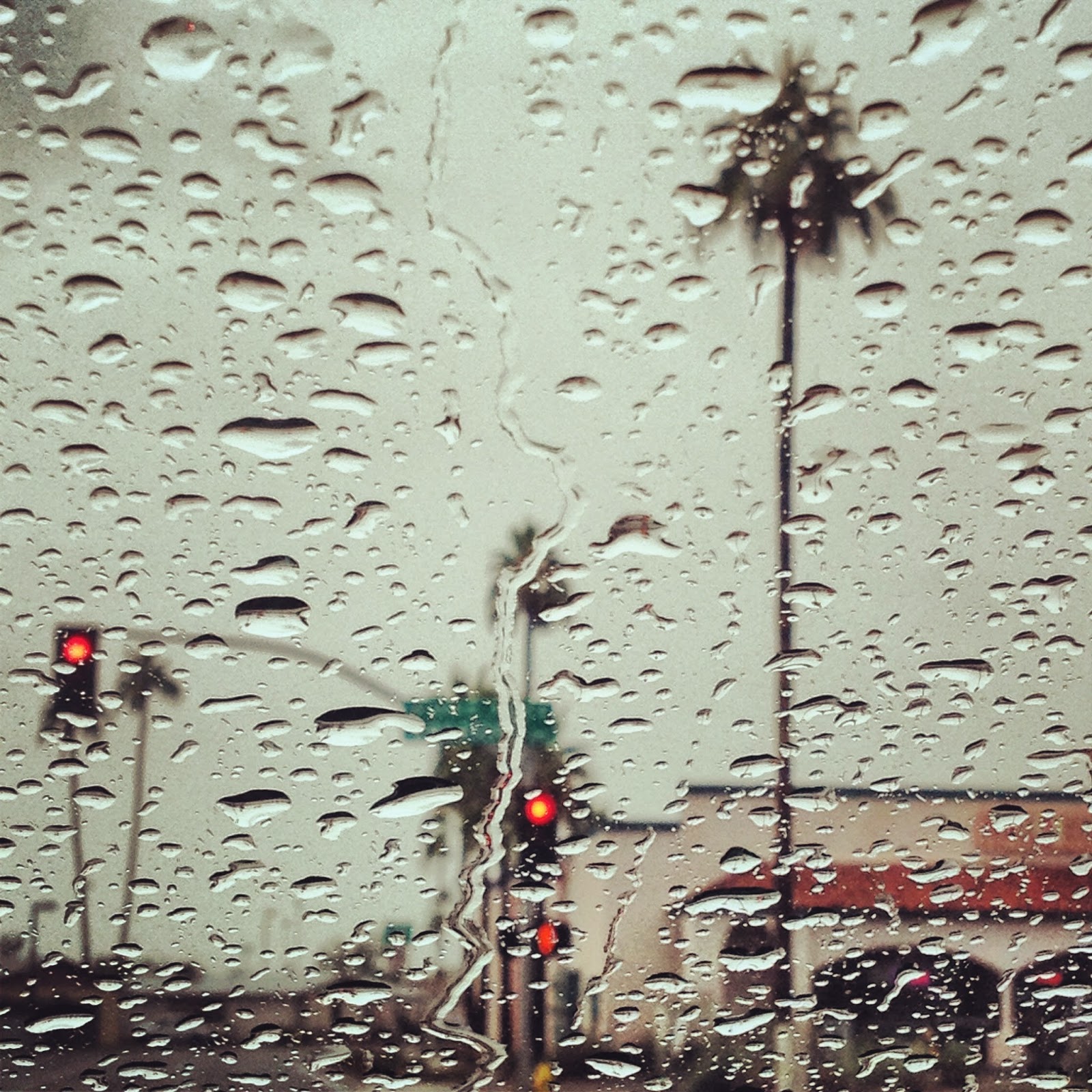 Here's the quick version to keep things as anti-dramatic as possible.

I was driving home on the freeway from a women's meeting around 9:30pm on a Wednesday night.

Two things to note: 1) This particular stretch of highway is under construction. The lanes have all been shifted. The shoulder is narrow. There are cones everywhere. It's this nine or ten mile awful project with no end-date in site. 2) It rained that evening, which is obviously super rare for the desert, so this bad stretch of roadway was extra slick.

I really have no idea what happened. I was traveling in the fast lane, but not going any faster than the rest of the traffic around me. All of a sudden my car swerved a bit to the right toward the car next to me. I guess I over-corrected to the left and all of a sudden my car was fishtailing all over the freeway. I knew not to tap my brakes, or else I would spin, but finally the swerving was so out of control that I had to slow down. As soon as I hit the brake, my car did a completely 180 and slammed facing backward into the median at the center of the road.

My car shut off immediately and I took a shaky breath before I realized the danger was far from over. I happened to be at a bend in the road and within seconds a car was flying at me going probably 70mph. Since the road was under construction and the shoulder was only 3-4 feet wide, my car was not entirely out of the carpool lane. In fact, my body was physically sitting in the carpool lane, inside my car, and as cars rounded the bend going full speed, they had about 30-40 yards to react to my car blocking their path. Cars were swerving and honking as they avoided hitting me head-on. I was fumbling all over, trying to remember where my emergency flashers were, but quickly realized my best bet was to flash my headlights and honk my horn to alert drivers zooming around the bend.

I knew I had to get out of my car... it would just take one driver not paying attention and my car and my body would be smashed to pieces. As soon as there was a break in traffic and I could see no headlights coming in the two lanes closest to me, I bolted from my car, phone in hand, leaving everything else behind. I ran along the narrow shoulder toward oncoming traffic until I was safely around the bend and could no longer see my car, leaving a safe distance between me and any debris that would result if someone hit my vehicle head-on. I pressed my back to the median, trying to keep space between myself and the unknowing cars flying past me, and called 911. The responders told me help was on the way and we hung up. It was probably only a minute or two before the first police car flew past, but it felt like an eternity, and as each 70 mph car whizzed past my face, I kept expecting the next sound to be the horrible noise of metal on metal as someone hit my car just around the bend.

Here is where the miracles began piling on top of each other... with the biggest one being that I was alive and well at this point. The cops shut down the freeway and asked if my car was drive-able. I was able to pull it around and get it to the nearby exit lane on the opposite side of the road. We looked at my car with flashlights and there seemed to be no significant damage other than a few scratches on the hubcaps. Since there were no other cars involved in the accident and I was not physically injured, the police were merely there to help me. I didn't get a ticket. They didn't even have to fill out an accident report since I would not make an insurance claim with such minor damages. I decided to have them follow me off the exit to make sure my car was working properly, and when doing so, I could hear a low grinding sound in one tire. Upon further inspection we noticed that my back wheel was bent slightly. The officers waited patiently with me in a parking lot while Micah came to pick me up. My car got towed for free by our mechanic the next morning, and I had it back the following Monday afternoon completely repaired. It was like the whole incident never happened...

The spiritual analogy is not lost on me. As I waited in my car for Micah to arrive, still a bit shaky and trying to process the past half hour of my life, I was overcome by God's goodness. I fishtailed and spun on a dangerous highway. I somehow avoided what seemed to be an inevitable head-on collision. I ran along a freeway and clung to a cement barrier as traffic barreled past my 28 week pregnant body. Yet, I was fine. I was alive. I was delivered. And so was the baby in my womb.

And, furthermore, all the consequences that often follow a car accident... a ticket that remains on your record for years, lengthy and frustrating calls to the insurance company, dealing with a car that is significantly damaged or often totaled, trips to physical therapy or the chiropractor... none of those things happened.

I was in the scariest car accident of my life and walked away as if nothing happened at all.

This is like our sin. It's so scary and so grievous. It can harm us and others. We are dead in our transgressions. And yet, in Christ, God takes our sin away. He completely removes the record of wrong against us. He erases the swerving, the spinning, the crashing, and the danger, and He replaces it with the righteousness of Christ. We can stand before the throne of God as if nothing happened at all. We are alive in Christ when we should be dead.

And you, who were dead in your trespasses and the uncircumcision of your flesh, God made alive together with him, having forgiven us all our trespasses, by canceling the record of debt that stood against us with its legal demands. This he set aside, nailing it to the cross.
-Colossians 2:13-14-