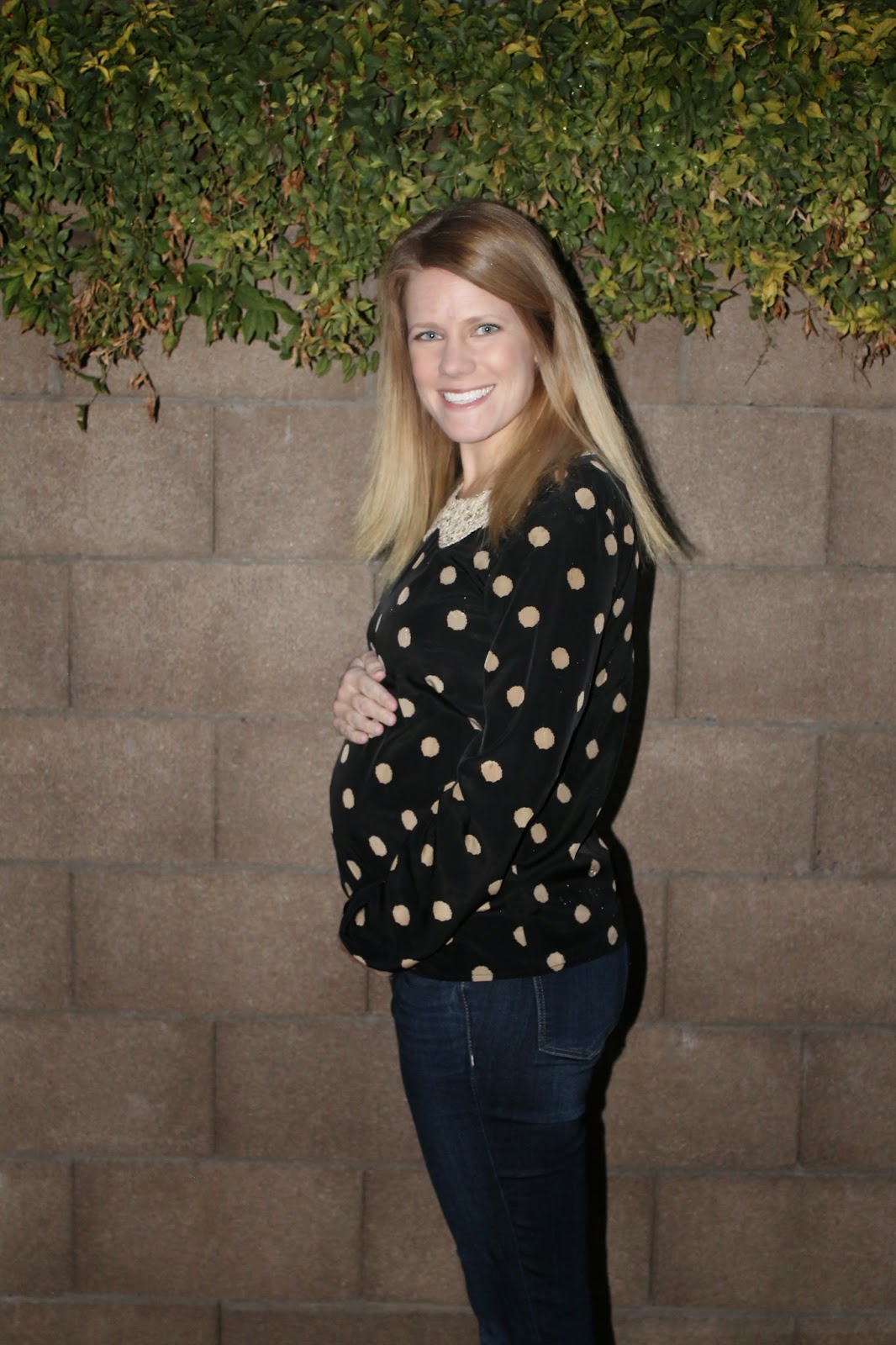 Without sharing too many details of our intimate life around here, we felt comfortable having a baby once Zianne reached nine months and we knew there would be at least an 18 month gap between kids. {Granted, if it had happened earlier, we would have been uncomfortable and perfectly fine and blessed}. However, I had always pictured having at least a two year gap, so I was in no rush to start trying again. Micah, on the other hand, got this crazy notion of having a baby in early May. To make a boring story short, there was a chance my personal health insurance would run out in mid-May of this year {it turns out it won't} and its prenatal benefits are awesome. Micah concocted a plan where I would finish my dissertation in late April and pop out a baby precisely 1-2 weeks later, right before my contract with ASU ended. It was a funny, ridiculous plan, especially considering my cycle had just come back and I was still nursing, but I agreed to try. When it didn't work, I quickly reverted back to the idea of delaying pregnancy a little longer. I had a list of reasons a mile long on how I couldn't and wouldn't get pregnant for a few more months, including... the fact that I was still breastfeeding. My cycle was irregular. I didn't want a summer baby because then you have to make annoying decisions about when to start your kid in school. A 2+ year gap would be better for our family. Etc. Etc. I presented this list of reasons to Micah {and all my closest girlfriends} and figured we would start trying for a second baby around Thanksgiving or Christmas...

A few weeks later I was standing on my driveway running a garage sale when I realized my cycle had reached a point beyond "irregular." If my calculations were correct, I was a full week late. I made a mental note to pick up a pregnancy test when I went grocery shopping on Monday.

As I was making my grocery list two days later, I thought, "What if I am pregnant? How should I tell Micah?" I decided I would pick up a baby doll for Zianne, since she didn't have one yet, and do something with that to announce the news. Then I thought, "But what if I'm not?" I determined I would just put the doll in the closet for a few months until I actually was pregnant. Zianne would never know the difference.

After returning from the store that day, I put Zianne down for a nap and made my way into the bathroom. I really had no inclination up until that point, but as soon as I peed on that plastic stick I knew with certainty that it would read "Pregnant" in approximately two minutes. I put it face down on the back of the toilet and went to brush my teeth. I came back and my instincts were confirmed. I instantly thought, "Okay. Here we go. Summer baby it is." I was incredibly happy and inwardly laughing at my list of reasons I had made about not getting pregnant.

When Micah came home from work that evening, he found Zianne playing in the living room with her new doll. He picked it up to look at it, and I said casually, "Look at the inside of that doll. It's so weird." He unzipped the doll's onesie unknowingly and read a note that said, "Mommy got me this new doll so I can practice taking care of my new baby brother or sister." He looked up at me with disbelief. "But I thought you said you couldn't get pregnant because you were nursing... and the timing was off.. and you didn't want a summer baby... and..." To which I replied, "Yep, I said all those things, but we're having a baby in June!"

And it's true. We're having a baby in June. And we are thrilled. Now it feels like the most natural thing in the world and like the perfect timing. Our children will be 21 months apart, and I will have almost the whole summer to cuddle our newborn before going back to work in the fall.

***And for those of you wondering, our anatomy ultrasound was earlier this week and NO we did not find out the sex of the baby. :)