If you follow me on Instagram {@jenrussum}, you know that I often post reflections on the Bible from my morning quiet times. I don't always share what I read or write, but women seem really encouraged when I do, so it's become a semi-regular habit of mine.

One of my goals in 2014 is to dig deep in Scripture. Over the past few years, I've read the Bible all the way through a number of times. If you've never read the whole Bible, I strongly encourage you to do so. It will change your life and your understanding of God's salvation story. However, this year I decided it's time to go deep in the Word instead of reading broadly. I've chosen to go though a some "power passages" of the Bible, and spend a few weeks in each one, really studying the verses, line by line, word for word. I started with Romans 8, and it was so encouraging. Oh, how He loves us. Nothing and no one can separate us from God's love for us in Jesus. 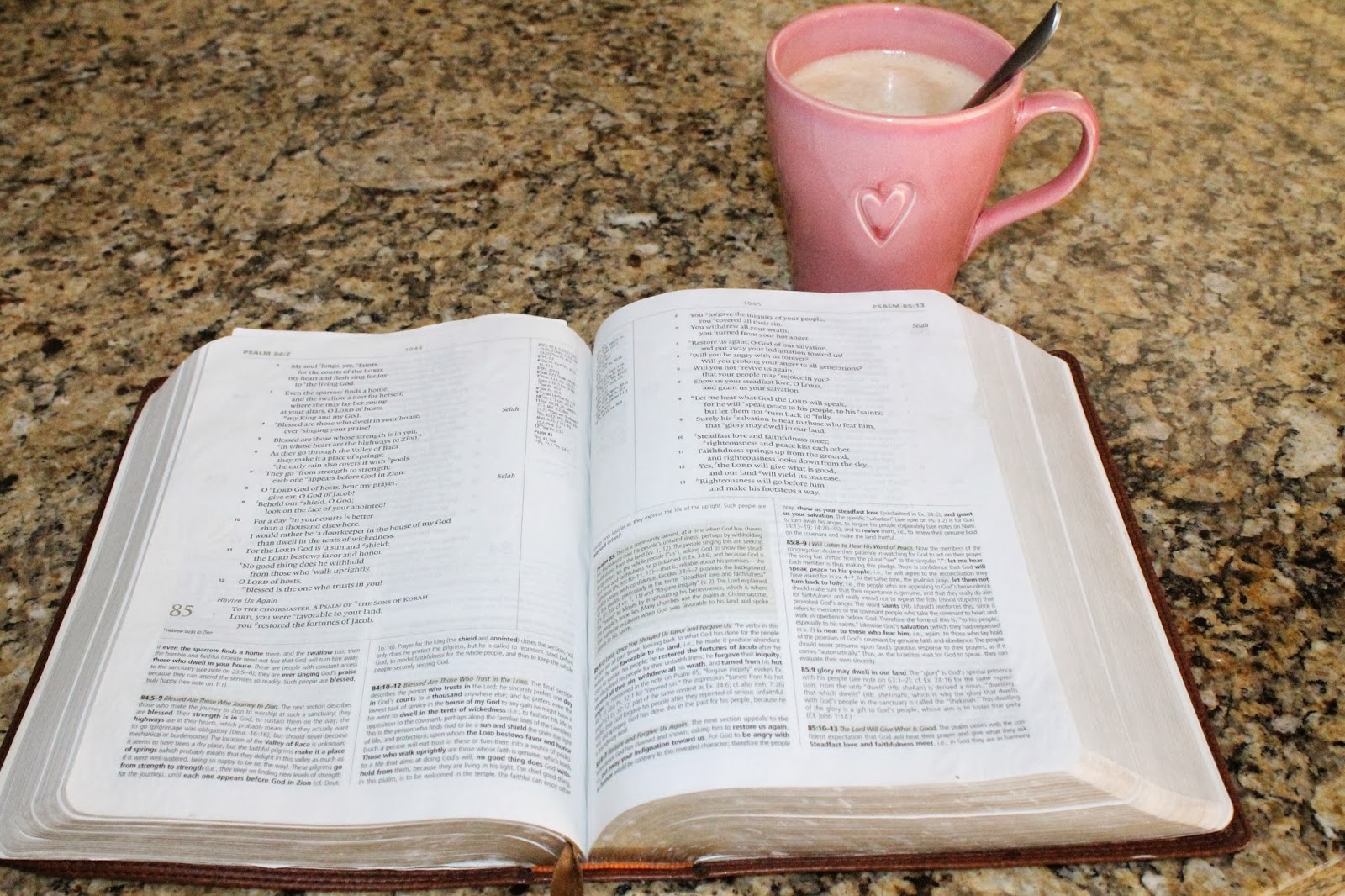 I decided my next passage should be from the Old Testament, so I chose one of the most clear and powerful prophesies about Christ, written about 700 years before His arrival to this world. If you aren't familiar with the Servant Song in Isaiah 52:13-53:12, it says that Jesus would be beaten to a bloody pulp - to the point where he wouldn't even look human, that he would be despised and rejected by men, and that it was God's will that He suffer this way.

What?! On the surface this seems starkly different from the God we can cry out to as "Abba, Father"  in Romans 8:15. It doesn't seem very comforting to read that Jesus was stricken, smitten, and afflicted on our behalf. That He was a silent sheep led off to slaughter.

As I flipped to Isaiah and started studying it verse by verse, I thought, "This is hard." The Old Testament often doesn't seem as straightforward as the New Testament. I had to decipher the "I," "he," and "we" in the text and figure out if the pronouns were referring to God, Jesus, or Israel. There were phrases that didn't quite make sense, and I was tentative as I took notes, because I didn't know if I was getting it "right" and I didn't want to misinterpret Scripture, especially if I wanted to share my thoughts with others. Finally, I read through a sermon to help me gain context for the passage. I didn't "like" studying Isaiah the way I liked studying Romans.


Usually, when I post Scripture on Instagram, a number of women will "like" the photo. Many of my believing friends. Some young ladies I've mentored through the years. Fellow bloggers. Scripture pictures don't get as much attention as cute baby pictures, of course, but that makes sense since I have many non-believing friends who aren't going to "like" Bible posts. Nonetheless, any given Scripture-related photo usually gets 15, 20, or even 25 likes on average.

But the other day I posted notes on Isaiah 52 and 53  on Instagram and not one person liked it for at least the first two or three hours. Not a single "like" in my significantly sized social media circle. As I write this, more than 24 hours later, the picture has seven likes.


I don't care, of course. I do not post about the Bible to gain attention or because it's popular. My Bible posts on this blog always receive the least traffic, and my Bible Instagrams always have the fewest likes out of all my photos. But I know they have impact, and I am fairly certain God wants me to keep posting them {for now}, so I'm obedient to that. If one person is encouraged or challenged by the Word, it was worth it. If I receive one email with a question about Scripture from a reader, it was worth it. If I receive a phone call from my cousin to tell me she shared my advent posts with friends, it was so, so, so worth it. And if I receive no feedback or no "likes" at all, it's still worth it, because I firmly believe that God's Word goes out and will not come back empty, without accomplishing what He desires {Isaiah 55:11}, even if I never get to see the fruit it bears.

But I also think we need to pay attention to the parts of Scripture that we don't like. The parts that seem sad, graphic, and uncomfortable. The parts that point to our sin or that describe in detail how an innocent man died in our place. We need to wade through the genealogies and the prophecies that twist and turn, even if it hurts our brains to sort out who is talking and why it matters.

Isaiah 53 says some hard words. It says it was the "will of the Lord to crush him." It tells us that all along, since the beginning of creation, God and His Son had a rescue mission in place. God would send his Son to earth to die. And the Son would willingly go. And Jesus would be despised and crushed, and the Father would turn His face away as His beloved Son took on the sin of the whole world.

But I love them.

I love that the Son endured the cross for the joy set before Him, in order to secure my own joy forevermore.
I love that Jesus paid my penalty, completely and utterly, so that I can be forgiven.
I love that He obeyed, to cover all the times that I fall short.

I don't like that He was crushed and afflicted. But I love Him for it.

And I love the words of Scripture that remind me of these truths. Even when the verses on the page are hard to read. Even when they confuse me, bewilder me, or humble me to the core. It's worth it to trek through these passages. Even when I don't like the verses I love them, because they tell me about the One who loved me first.

I did a precept study through John a few years back. When we got to the crucifixion, we also studied Isaiah 52/53 along side it to get an even better idea of what exactly Jesus went through during that day. I love that we can read the Old Testament to get details about the New Testament. That is incredible!

Anyways, the teacher was telling a story about how on one of her trips to Israel she was having a discussion with a Jewish tour guide about Jesus. She asked him how he explained certain passages of the Old Testament that we see as a prophecy of Jesus. Most of them he would answer were just descriptions of Israel. But then she asked him about Isaiah 53. There is no possible way that this passage is describing Israel. Who is it describing? She said he didn't have an answer. I don't know what the outcome of the conversation was, but it's interesting that there are passages that we read that so clearly point to Jesus, and yet others are blind to it.

Thank you for your obedience to the Lord to keep sharing, no matter the "likes." You're right: the Word will not return void!

This post is beautiful. Thank you for sharing this!

I love this!! Thank you for posting. It definitely is worth it and does matter!! I rarely get comments or likes on these type of posts either, but you never know when you are making an impact.

You have definitely motivated me to read my Bible in the morning, when I'm fresh and alert, instead of right before I go to bed. I'm also on a mission to dig deep into the Old Testament this year, I started with Samuel and now in Kings.