Once there was a new mom who lived in a hot land called the desert. She gave birth to a baby on the last day of summer, but as the calendar changed to fall, the weather did not change with it. So this mom and her precious baby girl stayed inside all day long as they got acquainted with each other and waited for the relentless desert sun to stop pounding so harshly on their little town. 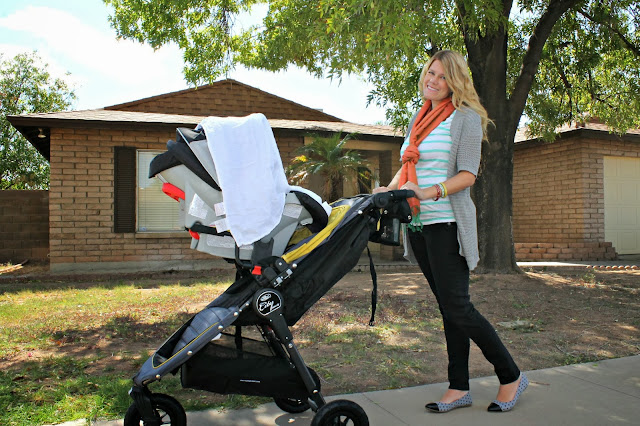 But one day a rumor spread throughout the land. A hopeful hint of things to come. The rumor was this: cold weather was on its way. The weatherman predicted a cold front would sweep through that hot land and set its weary and sun-blistered citizens at ease. The people were overjoyed and rushed to unpack their winter garb {jeans and short sleeved tops} as they prepared for this long awaited weather. This cold front would be extreme - low 80s for a stretch of days and, if the rumors were really true, there might be one single day where the temperature remained in the 70s ALL DAY LONG. 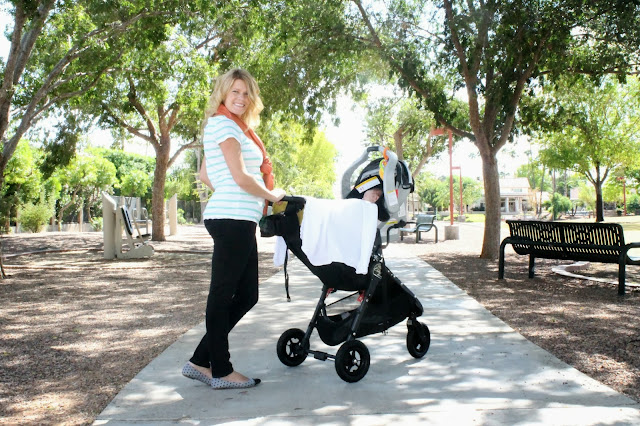 This young mother knew her opportunity had come at last. After weeks of being cooped up with her daughter, her escape was ever so near. When the day of the rumored 79 degree high arrived, she dusted off the stroller, picked out stylish autumnal outfits for herself and the baby, and even packed the camera for fun. She donned her cardigan with pride as she rolled out to the sidewalk for her first walk around the neighborhood with the baby. "To make this even more fabulous," she thought to herself, "I will pretend I'm strolling through the streets of New York with crisp fall air blowing all around me. I will teach my daughter all about imaginative play."


She reflected on this vision of life in the Big Apple as she rounded the first corner near her house, but soon she could no longer stay focused on the taxis and fancy strollers and frosty air she was trying to imagine. Instead, she was beginning to notice the sweat dripping down her neck. After a few more steps, she begrudgingly removed her cardigan and tossed it onto the back of the stroller. By the time she made it to the lake about a half mile away, she was beginning to wonder if she should have used sunscreen. She glanced up into the sky that her weather app said was "mostly cloudy" and could see nothing but bright rays against a blue backdrop. 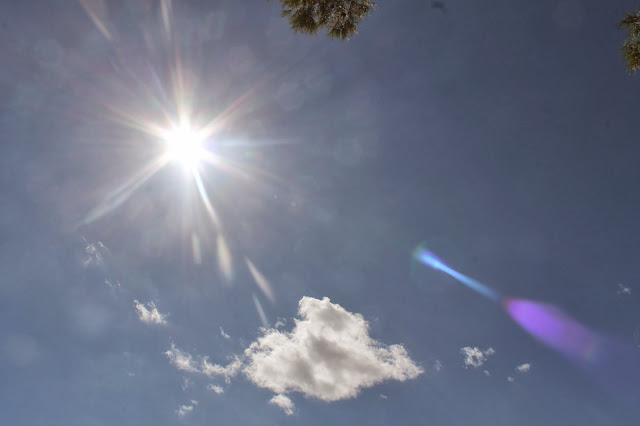 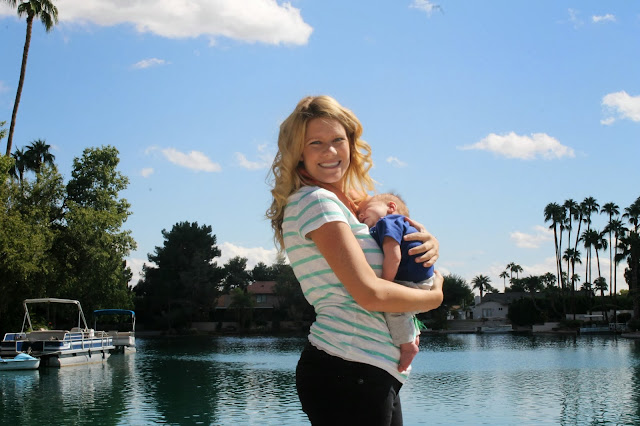 Although her scarf was beginning to feel quite silly at this point, she was determined to get some pictures by the lake with her firstborn on their first walk together. She picked the sleeping babe up from the stroller and ventured down to the lake's edge with her fancy camera and tripod. No one was around, so she wiped her brow and tried to capture a few shots using the camera's timer.

Just as she was snapping the last few photos, the most surprising thing happened. The mom felt a startling {though somewhat refreshing} splash of water on her face. It took her a split second to realize what was happening. The sprinklers at the park had come on, and she haphazardly tried to shield her newborn's face, grab the camera and tripod and run out of the water all at the same time. Of course, this is the moment when a couple rode by on their bikes, probably snorting at the vain {and now drenched} mom taking pictures of herself on the lawn. 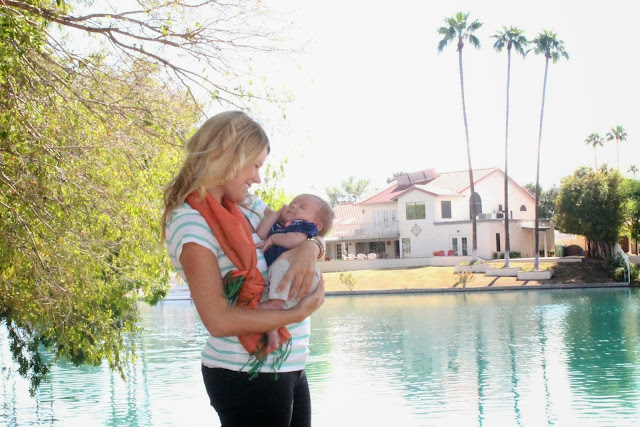 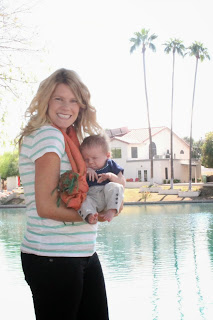 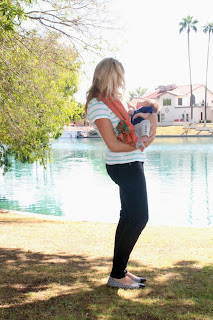 The mom dried the baby's face, then her own, and hobbled back home, all visions of autumn and crisp air and New York City long gone from her mind.

Sometimes imaginative play is interrupted by a healthy dose of reality...

|Linking up with The Pleated Poppy and Because Shanna Said So|

Awww...good story, Jen...and very well written I might add. I am beginning to wonder if it will ever cool down enough for cute autumn outfits...

Cute pictures! When Caden was born, hot hot July, I would get up at 4:30am to feed him and put him the stroller after the feeding to get a walk in. So happy you can enjoy the cooler temps now :).

Great pics! You look so pretty and happy.

Come over to Whatcha Wearing Wednesday and show off your look and get inspired! www.themummychronicles.com

Loved this! I live in MD, but visiting my cousin in Goodyear, AZ last October was a shock to my "it's October it should be fall" senses!!

Precious pics! Love the stripes and the shoes....and the baby is the perfect piece to top it all off.
We had snow in the Carolinas last night...earliest I can ever remember, but today its warmer already! Enjoy the sunshine while you can. It looks like it was a fabulous day~! Happy Wednesday!

Good story! Me, you, Liam and Z should totally go to Central Park together! We are free every day at 4:30. :) Once the weather isn't scorching, let's do it!

Gorgeous pictures! And such a fun story, including the unexpected ending! :) Hope you guys get some "cool" weather eventually :)

I can picture is SO perfectly. Of course, the images of your lessening clothes and the spot of the water attack help, but the words paint it just right as well.

And this just made me realize that living in Austin isn't as bad as it gets! We have had a few real fall days here and there... It's actually 50 degrees here today after getting to FREEZING last night. Don't worry. We'll be back up to the 70s in a day or two. Just the right amount for me. ;)

And I too had a dose of reality that I wrote about the other day... these things happen to the best of us.

Hahaha I know exactly what you're talking about cuz I'm in Phoenix and those "cool" days were hot under the sun! Great story and pics!

Love this! I can totally see something like that happening to me. I really need to get more comfortable taking pics outside of my back yard!