Bump Update and Some Thoughts on Target

So apparently when I post new bump pics I use it as an opportunity to ramble about some semi-related-to-pregnancy topic of my choosing. Last time it was maternity clothes and my desire to throw most of mine away when this summer of gestation has ended. This time, it's about maternity clothes again, but from a whole new angle...

Speaking of maternity clothes, I am officially in that spot where I wear the same five or six outfits over and over again. Really, it's the same pair of shorts with a rotation of 4-5 tank tops with the occasional dress in the mix. I finally broke down a few weeks ago about bought two new Liz Lange tank tops from the Target clearance rack, because my Old Navy ones are so ready to retire. And can I just give another shout-out to Liz? LL is my girl. I've said this before but I typically hate shopping for clothes at Target because I feel like everyone on the block will own the same items, but when it comes to Liz Lange, her stuff cannot be beat. Although I like some of my Old Navy maternity pieces, they will definitely only last me one pregnancy. My LL items are such high quality they will probably last through two pregnancies and all the days in between, because the styles are too cute not to be worn in the postpartum life. Let's be honest... I rocked some maternity long before Baby Russum existed. 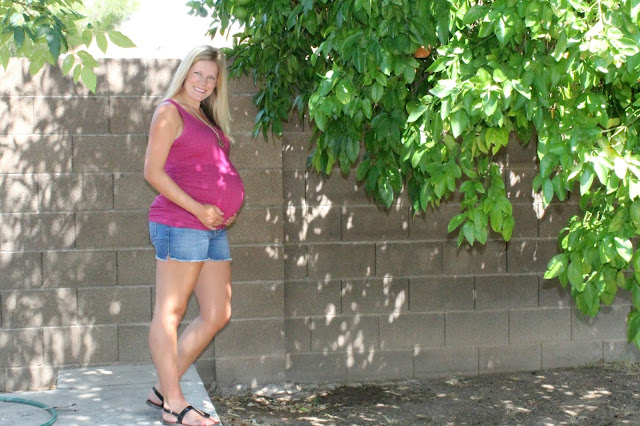 This post was supposed to turn in to some of my deepest thoughts on Target and consumer culture, but now that I've rambled so long, I think I'll call it a day and come back with part two tomorrow.

So here I am at 33 weeks pregnant, rocking my Old Navy cut-offs, my new LL tank, and pretty much dying in the Arizona heat... 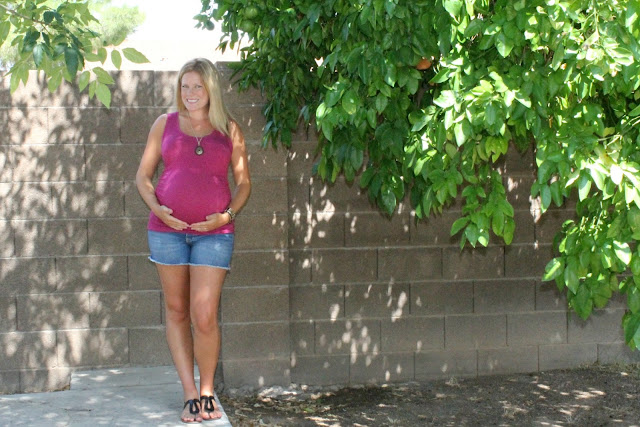 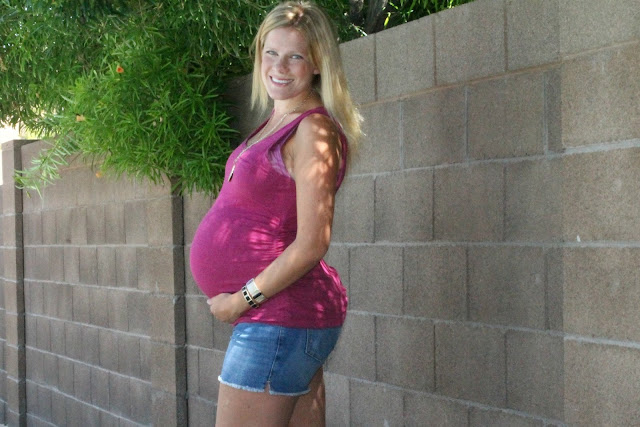 Oh, and I should mention that as usual, I am way behind on my bump updates. I'll actually be 35 weeks tomorrow. Things are about to get real... or at least I'm going to get bigger and slower and wear the same clothes for another five-ish weeks.

Haha, visiting from PP. I had a few Target Maternity items that have lasted me through 2 pregnancies. And I had my first baby in August so I feel you with the heat. No fun

Hi there, I found you through a link up party. You have a great blog! Perfect casual outfit. You look beautiful.

I love LL for Target! You look great!

I too love me some Liz Lang maternity at Targt! You're looking great! Only a few more weeks to go! Stopping by from WIWW.

You are so cute!! And yes, could not agree more. I have a Liz Lange tank top in every single color. I mean, every. single. color. All clearance and most of them I used a coupon ;) And the best part about them? They work even when you're not pregnant! They are staples in my closet.

Stopping by from Transatlantic! That top is so cute!! I can see why you love it--it looks great on you!

You are so gorgeous, lady!

So confession: I STILL wear my LL maternity tanks and LOVE them. They are just loose enough and long enough that I don't feel like it's a clingy tank top on my postpartum tummy. :)

Ahh, can't wait to be a mom with you!