It's not really a huge goal, but for many years now I've wanted to do a triathlon. I've been running for about ten years now. I've done a bunch of 5Ks, a 12K, and two half marathons. And I've come to realize in recent years I'll probably never do a full marathon. The training schedule just seems too grueling to manage with all the other things {people, activities, goals} in my life. Maybe I'll do another half someday, but probably never a full. And I'm okay with that.

But you can only run so many miles before you are itching to try something new. I am not an adrenaline junkie by any means. That's my husband's role in our family. If you can run it, climb it, jump it, sail it, surf it, skate it... he's your man. I, on the other hand, like routine and regimen and low risk activities. I like to pay a certain price to run a certain race on a certain day and know that I have so many weeks to train for said race. I then follow my training schedule religiously and my discipline {not my inner competitive spirit or natural athleticism} get me to and through race day. Sometimes I question if there is any vanity or pride in my working out, and there might be... sometimes... but mostly I think I try to be a good steward of the body God has given me, so that if I ever lose an appendage or the ability to walk or run I will always know that I didn't waste it while I had it.

But anyway, back to the itch. After running for so many years, I started wondering if I should try my hand {and arms and legs} at swimming or biking just to challenge myself in a new way and work out my body more comprehensively. As my 30th birthday approached I decided the time had come. I joked around that doing a triathlon was my 30th birthday gift to myself. But it was kind of true...

So, yesterday I received my final birthday gift from God, who has given me healthy legs and arms to swim and bike and run, from Micah, who let me spend $130 on a race {triathlons are EXPENSIVE! Beware!}, from my cousin, Leah, who did the race with me and motivated me over the summer when I was thinking about backing out, and my friend, Alison, from who loaned me her road bike, so I wouldn't have to buy or rent one or try to do a 12 mile trek on my beach cruiser! And, in a way, it really was a gift to myself. When I was finishing up the bike ride yesterday, I was so happy I was doing the race. It really has been a goal of mine, it was exhilarating to try something new {swimming in the open water with hundreds of other people!}, and it's something I really wanted to accomplish before having kids...

I was originally going to do the Olympic distance tri, but my training schedule didn't work out as planned over the summer, so I opted to do just the sprint distance instead  {750 meter swim, 12.32 mile bike ride, 3.1 mile run}. I'm glad I started with the shorter race, since I am so inexperienced with swimming and biking. Seriously, you guys. I figured out how to change the gears on my borrowed bike two days before the race! And on the very first turn of the bike route on race day, I forgot where the brakes were on my handles and I started shifting gears instead of slowing down! Newbie to the max.

But I did it! I was super slow. I'm pretty sure almost the whole wave behind me passed me in the swim. My bike riding was pitiful and I had to pull over three times to drink water because I was too nervous to grab my water bottle while riding. But I finished it. And I never stopped the whole time, other than that water bottle problem on the bike. I didn't fall, I didn't get a flat tire, and I wasn't nervous in the water at all. Just lower than molasses... slower than a snail... slower than the old person who inevitably gets in front of you on the road when you are late for an appointment.

But that just means I can go faster next time! ;) 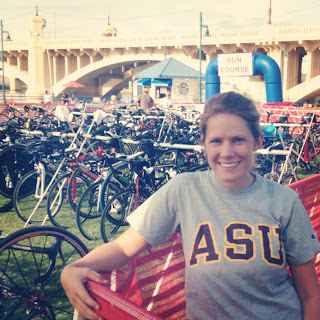 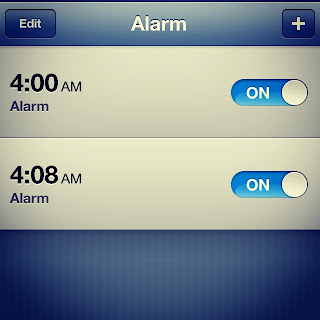 Dropping off my bike the afternoon before the race. // EARLY wake up call. 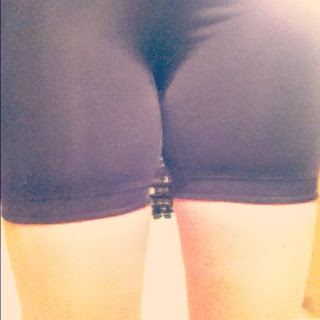 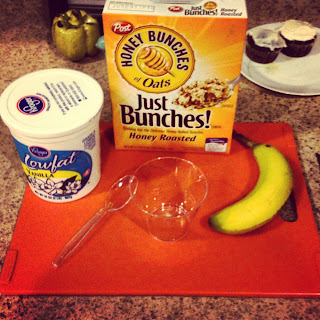 The shorts are really flattering. Let me tell ya. They have this lovely tight band that cuts into the best part of the thigh. Mmmmm... I love my thighs. // Breakfast of champions. The cupcakes were not included in my breakfast... but they were in Micah's... :) 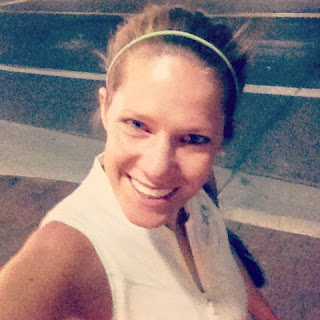 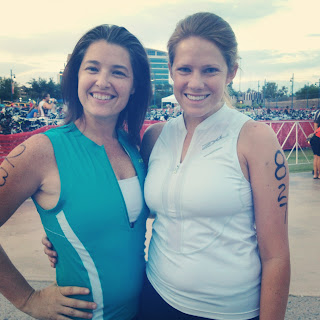 Walking to the race. Feeling kind of nervous. // All marked up and ready to go with my cousin! 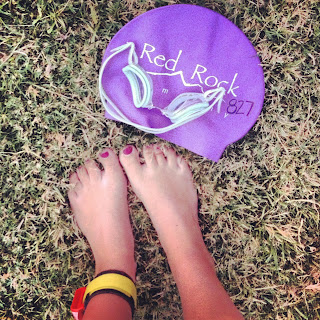 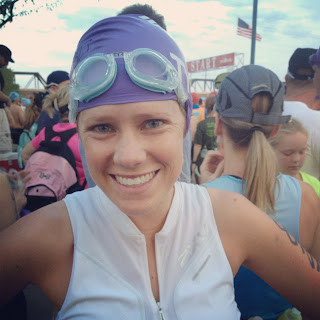 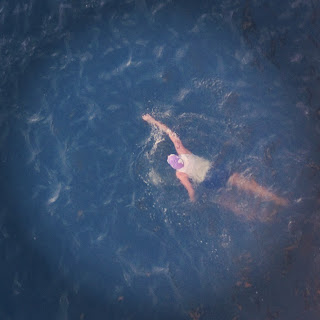 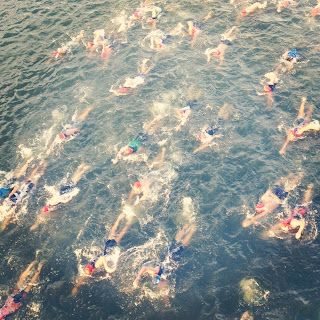 I can't believe I swam in the lake. So weird. Don't judge my form. It's horrible. I know. 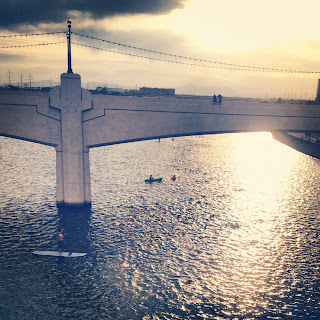 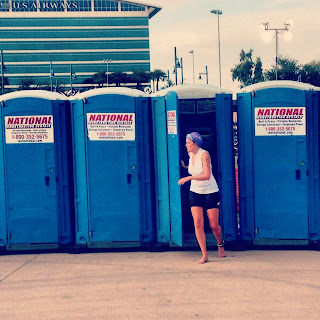 Micah took these awesome pictures from up on one of the bridges. He also got this stellar pic of me exiting the porta-potty. Hilarious!!! 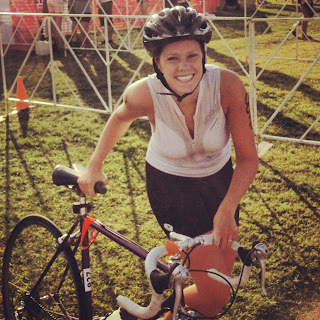 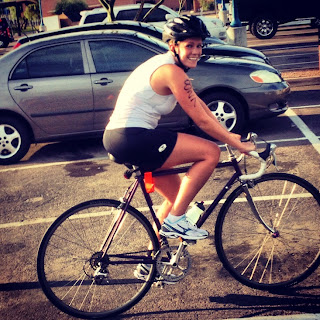 Transitioning to the bike. 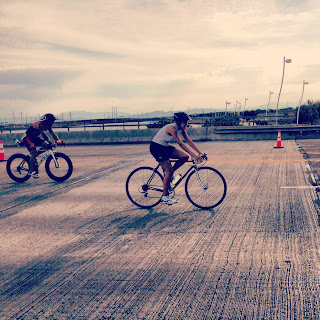 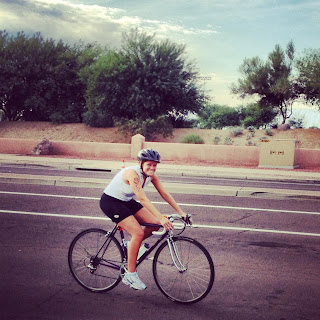 These pictures might make it look like I was cruising along. It's a nice illusion... slowest rider ever. 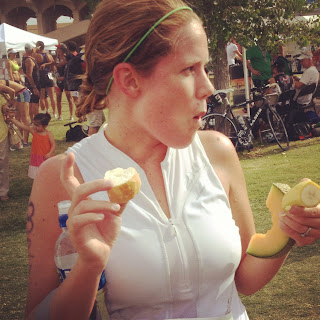 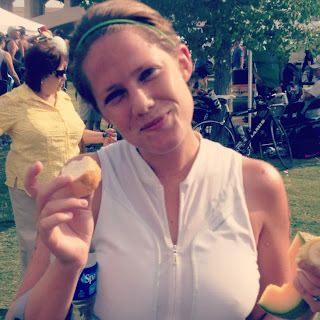 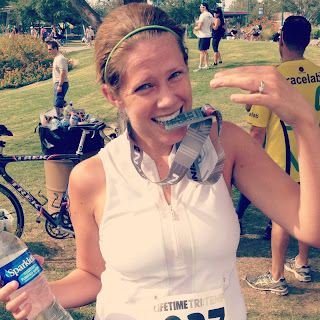 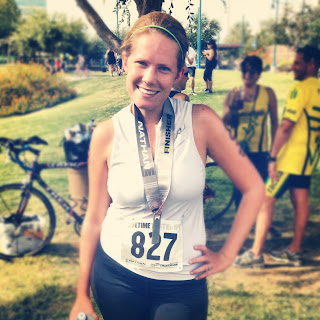 Micah made me bite my "medal" like an Olympian. I didn't even know how to do it correctly. 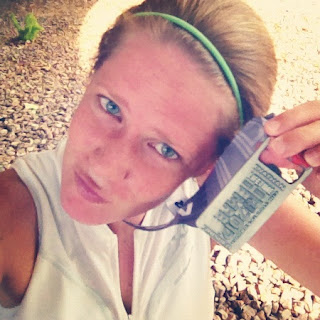 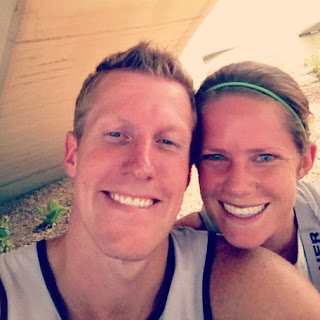 Survived! Hanging out with Micah under a bridge while we watched Leah {who did the Olympic with her husband! Ballers.}

That's it. That's how a triathlon happens. You should TRI it! :)

Labels: About Me, Adventures, Arizona

Wow. You are incredible. Way to go!

Congrats!! What a great accomplishment! I had some friends at that race as well. Lately I've been thinking about attempting one..but I'm terrified of doing the bike portion..I've witnessed a few crashes!! Maybe a relay in the future perhaps!?

WOW! You rock! :) Good for you girl! It's always fun to mark something off that life list!

Love the pics! Looks like you rocked it :) So glad it went well and you had fun...that's the most important part! and know I can call you tri-babe!