I met a friend for lunch a few weeks ago, and she asked me an interesting question, "Do you have to like your hometown?"

She and her husband are both Phoenix natives {which is rare... only 25% of Arizona residents were born and raised in the state. How is that for a little trivia?}, and they desperately want to move to a cooler climate... Portland, perhaps.

And here I am, curled up on the couch in my hometown, just thinking about what it means to be born and raised here. Or anywhere... 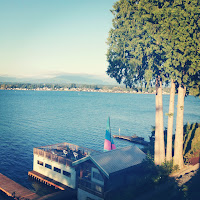 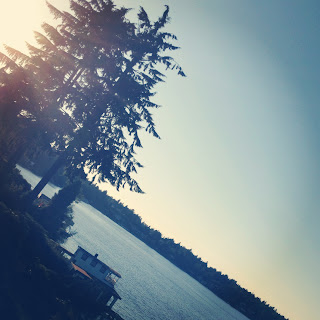 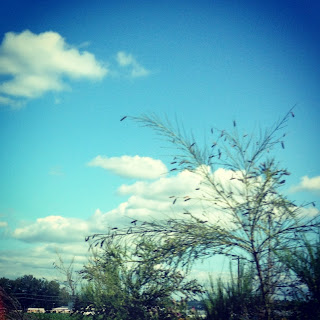 There is a certain coolness in the air in Seattle, even on a warm August day. I arrived home to my parents' house a few hours ago and it feels damp... even inside. Then again, it might just be the contrast to the desert air I've grown so accustomed to...

And I do love it here. I spent the last 24 hours down in Seattle with friends. I ran around Greenlake during the afternoon and rejoiced with the locals who always make the most of a perfectly sunny, seventy degree day. I even felt myself believing the illusion that Seattle is always like that. Basking under gentle, sunny skies. It's not. The rain, the clouds... they are very, very real, almost all year long. I spent the night with my best friend. We sat out on the porch for dinner. And now during an unexpected lull in my day, I am sitting in my parents' house alone. Wearing sweats. Staring at mostly cloudy skies and green trees out the window.

There is something about being in your hometown that makes you feel nostalgic and comfortable. I know the streets and even the cracks in the sidewalk that I've memorized on countless runs through the neighborhood. I know the smell of the air and how long I will probably sit in traffic on I-5 at any given hour of the day. I know that when I venture to Target later this afternoon, I will probably see someone from high school. And I delight in knowing that my mom is going to do my laundry for me this week {thanks, mom}.

But Micah and I are adventurers. Seattle is not really home anymore. And neither is Phoenix for that matter. We will probably move again in a few years, and maybe again after that.

Sometimes I am jealous of the people who call Seattle home. The ones who went to the University of Washington and then got married and settled down in an old Craftsman home on a narrow Seattle street. And sometimes I'm jealous of my best friends in Texas, the ones who stayed in Fort Worth after college and bought houses and had babies and get to meet up for dinner on a regular basis.

But other times, most of the time, in fact, I delight in being an adventurer. In knowing that I pulled out of my parents' driveway on a cloudy August day when I was 18 and never looked back. That I drove down to Texas and started a new life. And that two days after my honeymoon, Micah and I drove down to Arizona to embark on the next adventure. And that now we live in a state of content and patient eagerness to know where we will move next. We love the desert for now, but we are also excited to see where our next stop will be.

And isn't that how life is? That strange paradox of looking back on the past with fondness, enjoying the present, and eagerly awaiting the next adventure? All the while knowing that this world is not our home. That the greatest adventure lies ahead in heaven, and yet we are meant to live abundantly where we are now.

Just some thoughts on the hometown on this cloudy day. I don't have all the answers. But I know I have been blessed by the Lord in each city He's led me to in my three decades on this earth.

And now I am off to Target, hoping to avoid any awkward high school reunions...

i'm totally with you..."home" isn't really a familiar place for both my husband and I. I was a military brat, my husband a missionary kid. We've bought a home in WA but both of us don't feel like we'll be here forever...who knows where the next adventure lies!

I love that you guys are adventurers!! Its such a wonderful way to live life. I"m not a fan of my hometown, which is why I fought moving back here. But that's okay. I hope we don't stay here too long. Maybe we'll all end up in SD around the same time and can call that home ;)

it's funny to read your words because i can't imagine living anywhere else but wash state.

or in more reality, i love eastern washington and the extreme weather.

but i love my family too much, the weather here, the scenery and just the culture too much to ever leave. (although i could do with less traffic)

"And isn't that how life is? That strange paradox of looking back on the past with fondness, enjoying the present, and eagerly awaiting the next adventure? All the while knowing that this world is not our home. That the greatest adventure lies ahead in heaven, and yet we are meant to live abundantly where we are now."

Girl... you just blew me away. Let me just take a moment to thank you for letting the Holy Spirit work through your words so that messages like these can reach little hearts like mine.

You remind me of a song. "All I know is I"m not home yet, this is not where I belong." Love that song and I love you. Just promise me you won't move so far away(like Australia) that I can't come visit you, Lots!

Girl I LOVE this post! I can relate to it 100%. I was born and lived in California until I was 5, lived in Nevada till I was 12, then Ohio. For college, I picked a school in North Carolina just because it was near the beach. 2 months after graduating and getting married, my husband and I moved to Ohio. As much as it would be nice at times to have one place to call home, it's been amazing to live all over the country. I hear you!

What a nice reflective post! Home seems to be an ever-evolving thing for me. Lately I have found the most important thing about "home" is appreciating where I am in the moment. I spent too long in AZ longing to be somewhere else, and now I miss it. I don't want to do that for the rest of my life!

Total native Seattle girl here too and I love it. Sometimes I wish that we would be more adventurous but no where I have ever been feels like "home" to me like the PNW does.