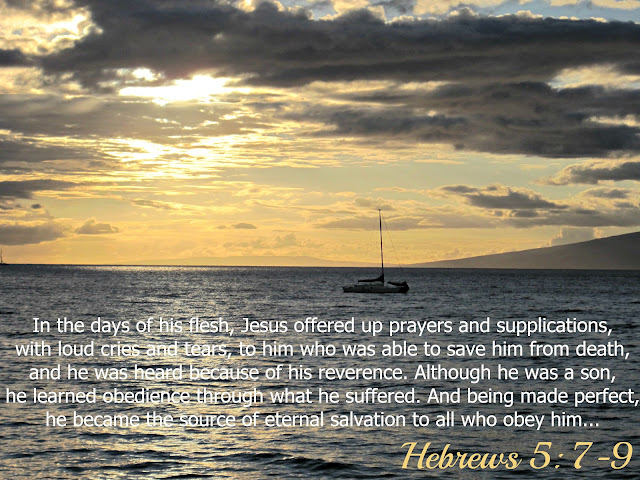 I love the verses above because I think they paint such a clear picture of who Jesus is and what He accomplished as our Savior.

Jesus' life was hard, y'all. He was poor. His life was not luxurious nor even very comfortable. The fact that He was born in a stable was a foreshadowing of the next thirty-three years He would spend on this earth. Until He was thirty years old, Jesus lived in a small rural village with his poor Jewish family, working as a carpenter in the family business. At some point, it is likely that his earthly father Joseph died and Jesus, along with his brothers, supported their mom.

Finally, at the age of thirty, Jesus began his active ministry. Again, it didn't look special from a human point of view. With his crew of twelve raggedy and, at times, immature disciples, Jesus traveled from town to town, spreading the Word of God to crowds that were often oblivious and sometimes violently opposed to His message of salvation.

When a potential convert indicated that he was interested in following Christ, Jesus warned him, "Foxes have holes, and birds of the air have nests, but the Son of Man has nowhere to lay his head." {Luke 9:58}

When preaching in his own hometown, his lifelong neighbors in Nazareth attempted to throw him off a cliff. {Luke 4:30}

Throughout his entire ministry, the Scribes and Pharisees, fellow Jews who were supposed to be His brothers, constantly challenged Jesus' authority and schemed of ways to have him executed {Luke 11:53}. They eventually succeeded...

But the passage from Hebrews above shows us how all this suffering was for good, both in the life of Christ  and in our lives as well. Jesus' life was hard. He was a real human. He was poor. He got sick. He got tired. He was betrayed. Yet throughout his life, Jesus constantly uttered prayers that were genuine and earnest, depending on His heavenly Father for help and guidance throughout every trial.

And when the ultimate trial came, when Jesus was asked to face absolute and undeserved persecution by way of death on a cross, He continued to cry out to God for the strength to be obedient.

And He was obedient. And because of His obedience, we have eternal salvation.

And look at the example He has set for us: "he learned obedience through what he suffered..." {v.8}

And Christ's obedience allows and teaches us to be obedient as well: "he became the source of eternal salvation to all who obey him..." {v.9}

And yet I suffer in little ways, here and there. I have weaknesses, struggle with temptations, and am hurt by fellow sinners from time to time.

But I praise God for my suffering, because I am thankful for anything that teaches me obedience to Christ... the One who is obedient always, and because of that, lives to save my soul, today and forever.

*Linking up with Casey Leigh*

This has been a topic on my mind, and in my recent conversations lately, especially with all the bad things happening in our world. I had dinner with my mentor on Wednesday and we talked about Colorado, Chick Fila, her friend losing her 4 year old to cancer, her friend cheating on her husband and God saving her when she was about to end her life. We talked about suffering bringing us closer to the gospel, making us more obedient like you said. God knew a million years ago that in July, that young man would kill innocent people. He also knew the web it would create, that one loss could fix a marriage, another could bring a family back together. I've never read that verse in Hebrews but I thank you for it today. Love you girl and love your heart for the Lord!

Beautiful! I needed this today.