You asked. And today I've got your answers.

Y'all asked some fun questions and today I'm here to answer them. Well, some of them. I don't want this post to get too long, so I'll do some of the questions today and I'll do the rest next week.


Where did you go to undergrad and grad school? What was your degree in?
I went to undergrad at Texas Christian University, which is the best college ever. Or at least it was the best college for me. I loved every second of it. I went in as a journalism major and worked on the school paper for a semester but soon realized I didn't want to spend my whole life in a newsroom with midnight deadlines, so I switched my major to English before I had even taken an English class at college. It was during a British literature class during my junior year, as I watched one of my favorite professors write on the board with such excitement and passion for what she was teaching, that I decided that I, too, wanted to teach college someday. After a five year stint teaching high school English, I am finally in grad school pursing my PhD in rhetoric and composition at Arizona State University, which is how we ended up in the desert. 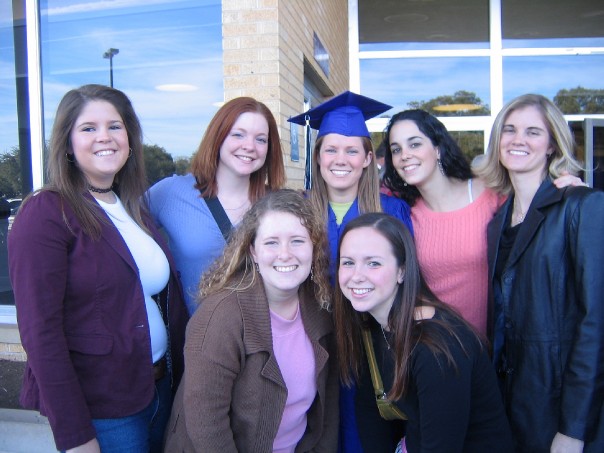 Some of my friends at my college graduation. I graduated a semester early, so I was a total loner in my mortar board.
Also, my face looks swollen???

How did you end up going to TCU and why were you in Texas for 6 years?
I always knew I would go out-of-state for college. There was no reason except that I wanted college to be an adventure and a new chapter of life and to me that meant I needed to move to a different state. Plus, I craved a sunny climate, even though I hardly knew what sun was after 18 years in Seattle. I thought I would most likely go to California, but when one of my best friends moved to Dallas during high school, Texas became an option. I went to visit her two summers in a row, loved the Dallas/Fort Worth area, and then found out about TCU. It came down to TCU or Point Loma in San Diego, and I chose Texas for a bunch of minor reasons. Really, God was guiding me and I'm so glad He did. I stayed in Texas for two years after graduating and lived with a couple of my best friends while teaching high school and coaching volleyball and track. They were fun years, but eventually I moved back to Seattle to be close to Micah.


How on earth do you find time to write a blog so frequently when you're also teaching AND going to school?
The main answer to this is that I make time. One of my favorite professors once said, "You have time for anything you want to make time for." It's so true. I like to sit down and blog about twice a week. Usually, I spend some time on Sundays getting posts ready for the next week. Since I love to write, it's one of my Sabbath activities because it's so restful for me. Usually on one or two other weekdays I will work on blog stuff for a couple of hours. Here are some of the things I don't do so I have time to blog... I don't play any games {video, computer, even on my phone}. I don't have Facebook on my phone either, because I feel like the more distractions I have on my phone the less I accomplish during the day. I also don't bake or craft very often. I make dinner. Dinner is practical. And here is the main thing... I don't ever watch TV. I have no weekly shows that I watch. Sometimes in the summer, I will pick a show and try to watch a whole season on DVD while I fold laundry, but generally speaking, TV takes up zero hours of my week. It's not that I am against TV, it just doesn't interest me as much as blogging, exercising, cooking and having a clean house do.


Are you a sports person?! Do you play any, watch any regularly?
Yes. Kind of. When I compare myself to my exceedingly athletic husband and all his siblings, I hardly like to call myself sporty at all. But I guess I am. I grew up playing soccer, basketball and tennis. When I got to college, I quickly realized that I would gain weight if I didn't figure out how to incorporate exercise into my life without the organized sports of high school, so I made myself become a runner. Now, I'm not a real runner by any means. I am not fast. It doesn't come naturally. But I do it, and I've been doing it for almost ten years now. I've run two half marathons and a bunch of 5Ks and 10Ks. As far as cheering for sports, I will be forever loyal to my TCU Horned Frogs and in general I like college football and college basketball a whole lot. March Madness is my favorite. I also cheer for all my Seattle sports teams... the Mariners, the Seahawks, and the Washington Huskies. There are a few teams I hate strongly dislike... the NY Yankees, the Dallas Cowboys, and the Phoenix Suns. I've disliked all these teams since I was little, and somehow I keep moving to the cities of the teams I don't like.  Maybe I'll move to New York in the future???  I'm probably going to lose readers at this point. Oh, well... 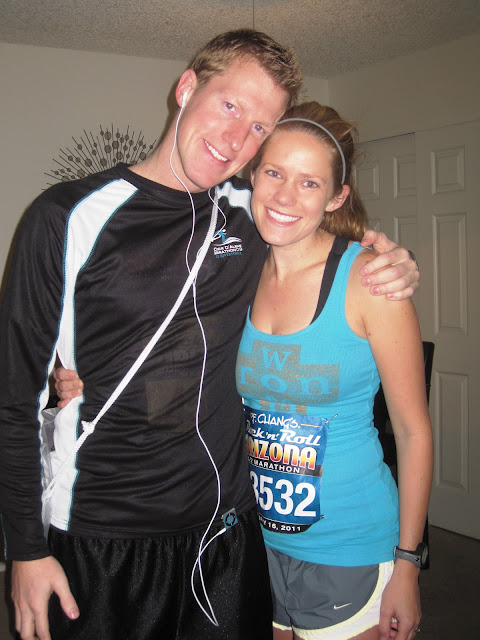 Pre-6am the morning of the Phoenix Rock & Roll. I was in the best shape of my life.
RIP former body. 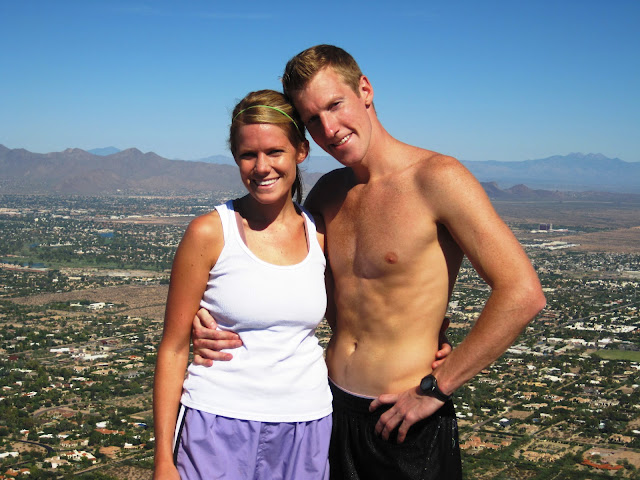 This is what I look like when I hike. I made it to the top of Camelback. But I cried on the way up...
Like I said, kinda sporty, but kinda not. 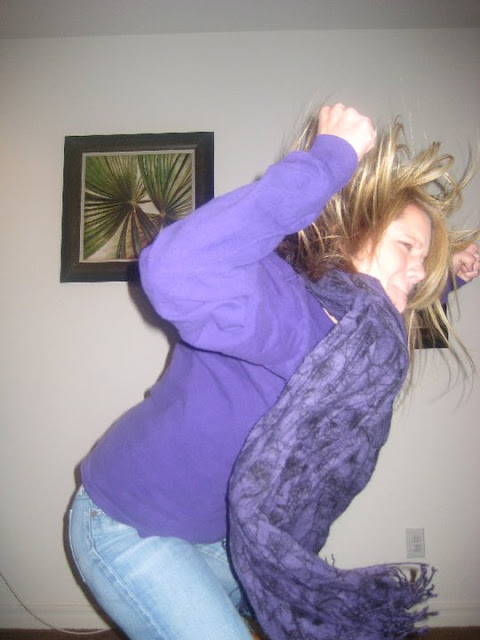 This is me at my sportiest. Cheering for TCU football. It gets real, folks.


When are you guys going to have little Russums?
Only time will tell :)  Give us a year or two, God-willing.

Labels: About Me, FAQ