My best friend is a food mixer... She loves to mix weird foods together and eats them with joy. Her favorite thing right now is self-serve fro you with nuts and fruit and candy mixed together on top. It doesn't have to "go" together. I'm pretty sure one night at Bible Study a few years ago she tried to convince my roommate and I to try her Greek yogurt mixed with cottage cheese mixed with... something else weird. I can't even remember. No thank you. 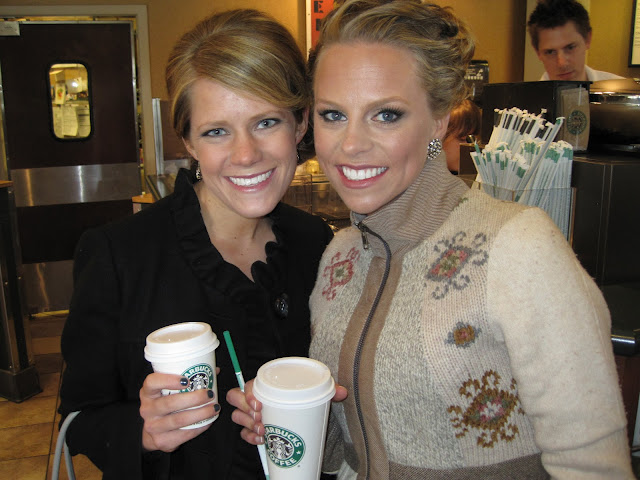 The food mixer and the food separator...

I come from the other side of the spectrum. I should probably still use those plastic kids plates that are divided into sections... because that's how I like my food. Not touching. I mean my sauce can touch my pasta and my turkey can touch my mashed potatoes, but if my gravy drips onto my vegetables or my fruit salad touches my biscuit??? Not okay. I don't even like pineapple on my pizza. Fruit does not go on pizza, people. {Please refrain from making any "but tomatoes are a fruit" comments. That's different.}

I also don't put syrup on my pancakes and I don't put milk on my cereal. It's not so much a taste thing as a texture thing. I hate the idea of my dry food getting soggy. Eek. I can hardly think about it. I use just a touch of butter on bread when needed and I try to stay clear of all condiments. Soggy food = gross.

Which is why when I called my food-mixing friend a few weeks ago and announced to her that I now like yogurt with fruit and granola in it we both burst out laughing. Welcome to the 1990s, Jen, decade of the yogurt parfait. I'm only twenty years behind the times...

You see, I've always overlooked the parfait as a meal option because I often see it sitting in the refrigerator case at Starbucks, and I imagine that the granola has been sitting in that cup of yogurt for days getting all soggy and gross... and I have never eaten it. Imagination wins.

But when my girlfriends and I threw a baby shower last month, I realized after we put the menu together that we had no healthy food to serve for brunch. We had French Toast Casserole and Nana's Sticky Buns and Cinnamon Roll Cake and Hashbrown Casserole and it was all amazing and delicious, but I figured some women there might want something lighter or at least some type of food that contained vitamins to go along with all their sugary carbs. And so I went out the day before the shower and bought the supplies for yogurt parfaits.

And my hypothesis was correct... I really did crave something healthy at the shower after one too many Biscuit Egg Puffs, and I did the strangest thing. I made myself a parfait...

And I liked it.

In fact, I loved it once I realized that if I sprinkle the granola on top, it doesn't get soggy by the time I eat it, and I can add more as I go if I want. Amazing.

And now I eat a yogurt parfait almost every day.

I even added banana one time. 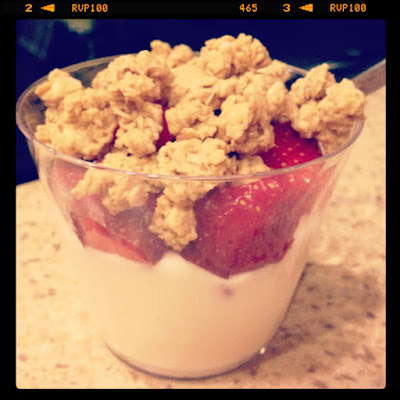 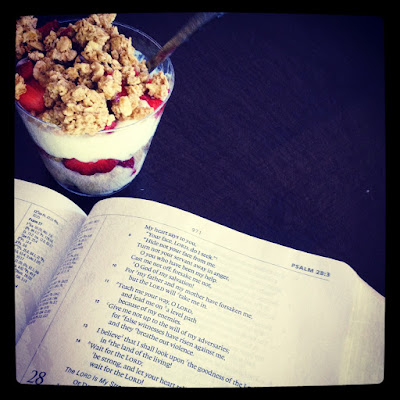 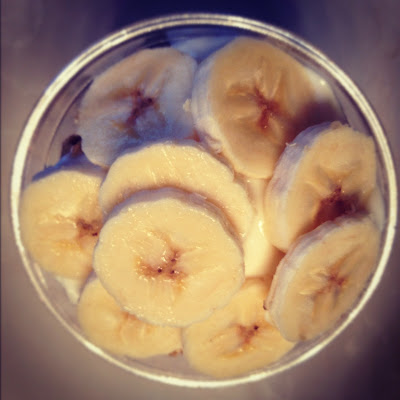 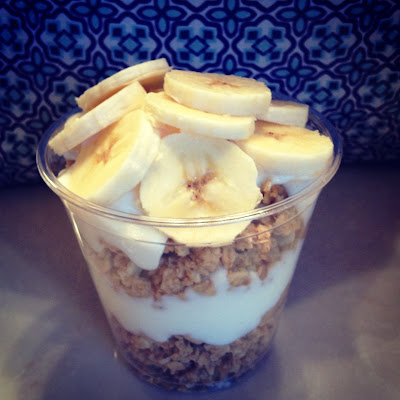 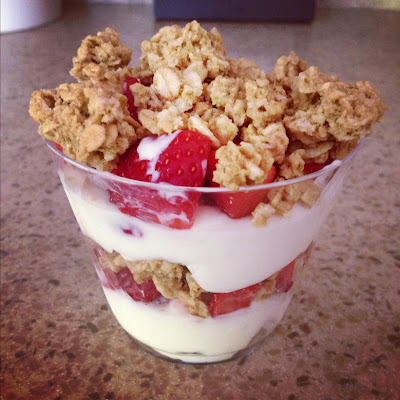 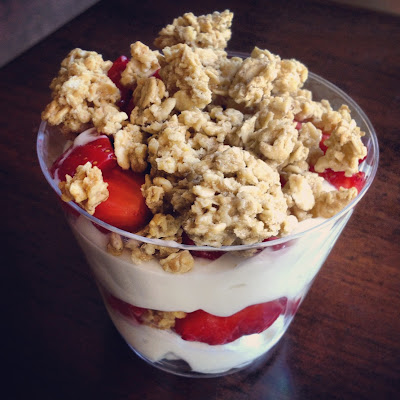 Almost all these pictures were taken on different days of the same week. That is how obsessed I am. Life forever changed.

I'm with you (mostly). If grown-ups could use the kids' plates that are separated, I would. And gravy on the biscuit- please remove that!
So glad you like parfaits! :)

You are so funny! I am closer to your end of the spectrum. I can't eat a piece if my fruit touches something salty, or vice versa. I don't like sauces to run into my bread and make it soggy. I have never, ever in my entire life, liked milk on cereal and people have always thought it was really weird. However, I LOVE yogurt parfaits. I love the yogurt with the crunchy granola, yum!

LOL- this post had me giggling all the way through. I know people on all ends and parts of the spectrum. I mostly don't want my stuff to touch, but I think I've gotten a little more lenient about it as I get older. I've actually never had a parfait, for no particular reason though! LOL!

Bahahaha. You crack me up!! Confession: I have not tried a parfait because I don't think I would be able to handle the texture combination! I'm a huge texture person. Like how I didn't eat mushrooms for a very long time because they have the same texture as ear lobes. Ew. Altho, I will eat them now, but only sometimes. And I can't stand anything cruncy on my pizza, like onions or peppers. Altho I enjoy the taste.

So I totally feel ya! And I'm impressed that you tried something new and liked it. This post reminded me a little bit of green eggs and ham. "Say! I like it, I like it, Sam I am!"

i'm such a food mixer. it's pretty winced-upon in europe, though, which used to confuse me a lot. i mean like, even weird stares for tearing up a piece of bread and putting it in your soup! (or is that actually weird everywhere? i don't even know anymore...)

Haha so funny! I've found I like parfaits better when I make my own granola. They are pretty delicious!

I love your food obsessions! And I love mixing my food together. Mmmmm.

I love this post! I hate to admit this, oh my goodness, but I have two of those plates with *SECTION* dividers. I bought it for my nephew but I use it occasionally when I'm feeling extra-obnoxious about my food touching on my plate. I'm actually getting better about the touching, but I still eat ONE thing at a time. I'm convinced my stomach is layered .... or that's what I keep telling myself. HAHAHA

No joke, I have those trays! We use them for BBQ and camping. But I would use them everyday if my husband would let me.