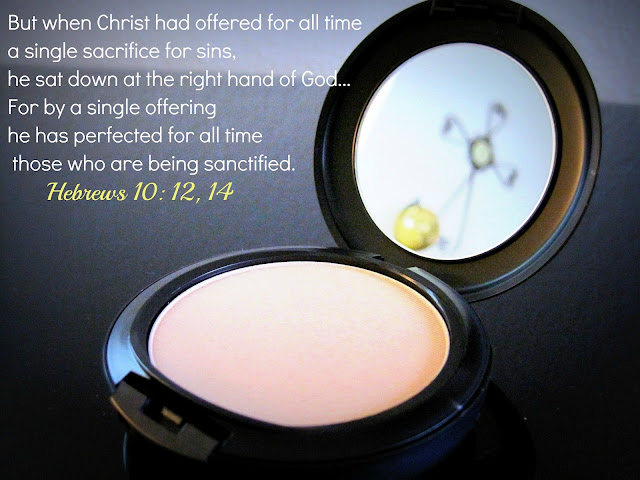 I just finished reading through Exodus. And, honestly, it did get a little boring at the end as it got into the specific directions for how to build the Tabernacle. The tent of meeting should be this many by that many cubits, the pomegranates should be woven of gold and purple threads, the rings should be silver with an overlay of gold, etc. etc.

But one part caught my attention. Mainly because it was so disgusting.

Exodus doesn’t really get into the requirements of animal sacrifices. That comes later in Leviticus…

But it does explain one process that involves the killing of animals – the consecration of the priests, Aaron and his sons.

And it is nasty.

Repeat with ram #1. The blood of this ram should be poured on the sides of the altar. {Exodus 29:15}

Oh, and then blood from the altar is mixed with oil and sprinkled all over the clothes of Aaron and his sons.

And I get grossed out touching raw chicken in my kitchen and then instantly washing my hands with anti-bacterial soap...

The consecration was messy.

But once they were consecrated, the priests were able to mediate between God and His people. They could make daily sacrifices for sin and the high priest could enter into the Holy of Holies once a year to offer a sacrifice of atonement on behalf of the people.

The mess was worth it. Because of the sacrifices offered by the priests, God promised: "I will dwell among the people of Israel and will be their God." {29:45}

But eventually this old system passed away...

Jesus lives this day to mediate between God and us. He sits at the father’s right hand and advocates on our behalf…

My little children, I am writing these things to you so that you may not sin. But if anyone does sin, we have an advocate with the Father, Jesus Christ the righteous.
I John 2:1

But before Jesus ascended to heaven to advocate for us… he had to be offered as a sacrifice. He got messy for us.

As I was reading through the gruesome details of the consecration of the priests in Exodus, I was reminded of Jesus’ consecration. He, too, was covered in blood. Not the blood of lambs and rams though, but his own. His own body was ripped apart and he bled on behalf of our sins. It’s gross. Messy. His gruesome death should grip us. It’s so easy to think of Jesus’ death like a story on a felt board in Sunday school or to picture it as something vague… a gold man on a gold cross. But it was real. It was real flesh, bloody gashes, a bruised body, real lungs gasping for air upon that cross. And it was an innocent body. Innocent flesh that didn't deserve any punishment at all.

It was ugly. It was messy. And yet it was beautiful.

As I meditate on the mess of Old Testament sacrifices, my mind gravitates toward the truest and purest of sacrifices… that of Jesus Christ. And I praise God that his Son was willing to get messy for me…. because I, indeed, am a mess in need of a Savior.

*Linking up with Casey Leigh and Call Me Blessed.*

Jen....you will not believe it....Jon and I finished Exodus last night and I couldn't agree with you more. I was feeling weird about all the talk of slaughtering and blood but my study bible gave me so much hope and direction when explaining that an animals life must be taken for our sins to be washed away but in the New Testament, Jesus was the sacrificial lamb. This post was perfect for me today!

So good to be reminded of!
And in some way, doesn't the messiness of the sacrifice mirror the messiness of our sin, until the Presence of the Lord shows up and consecrates us? God is so good, that's all I know

I love the message you give here!! You are so right that it's easy to forget how gruesome and how HUGE the sacrifice that Jesus made for us really was. It IS beautiful and gracious.
I would love it if you'd link up and be part of my Monday Meet Up blog hop. Maybe even do a guest post? I want to feature as many faith bloggers as possible!
Check out the linky & info on the Monday Meet Up here>>http://brookecoveredingrace.blogspot.com/2012/04/monday-meet-up.html

this is so great!!