I feel like I am on a theme of “both” lately. As Christians, we so often try to divide and compartmentalize things… For example, am I supposed to save money or give money away? The answer is probably both. If you are a parent, one of your commitments to your family should be to save money for emergencies, for the future, etc. But as a Christian, you are also called to give a portion of your money back to God and be generous with those around you. You are called to BOTH save and give.


Recently, my small group was talking about giving. And the question came up… are we supposed to give our money or our time? Are there different seasons in life where we are to do one and not the other?

The answer… we are supposed to do BOTH. 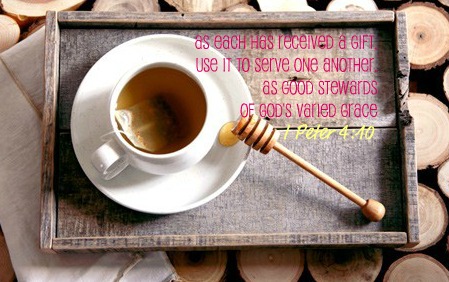 I spoke about this a few weeks ago, but if you are not giving to your church {aka giving back to God what is His to begin with} you are in sin. Except for the rarest of seasons where a person might not be making ANY income, everyone should be tithing. Remember, even the widow gave a penny with a joyful heart {Mark 12:42}…

But you are also supposed to serve your church with your time and your talents. The discussion that led me to write this post actually started with this example: There was a man who was very wealthy. He worked all the time and he gave a very large portion of his income to his church. He was one of the top givers there each year. However, he was so busy working that he never really connected with anyone at the church. He couldn’t even stop working long enough to go to the yearly men’s retreat.

This man was also in sin. We are called to serve the body. Granted, this man’s spiritual gift is probably the gift of giving, so this might be the main way God wants him to serve. But if he is not investing in the people of the church and building the body up with any of his time, he is not being all that God has called him to be as a member of the body.

Writing a tithe check consistently, while good, is not enough. You should be looking for some other way to serve your local body – whether through volunteering in the nursery, sending emails, helping with parking, leading a small group, opening your home for meetings, cleaning the bathrooms, running the sound board, greeting newcomers, etc.  You should be doing something. It doesn’t have to be some fancy task with an official title.

You should be giving AND serving. It’s a “both” thing.

I used to struggle with this last year...I was so willing to give my time but didn't want to give my hard earned money. Immediately after my husband and I started tithing, we reaped major benefits and blessings from the Lord (financially too). One thing we do is split up our tithe, part to church and part to different organizations and charities so that way I can really see a change being made rather than just writing a check.

I am SO PASSIONATE about this, thank you for writing this Jen, it made my heart SMILE HUGE, yay for God that you are so wise!!!! Faithful girl you!

I am really glad to see this sort of thing in blog-world! The truth is that the common way of looking at this subject is to turn a blind eye and use "our" money how we please. The reality is that everything we have is from God and we should treat every financial decision with that it mind. (= Not just our tithing money. Being wasteful with money isn't being a good steward like we are called to be. Saying the truth isn't always popular, but you did it anyways! Thank you!