Sweatin' to the Oldies

So we hosted our first big gathering at the new house this past weekend. It was my sister in law's birthday and we threw one crazy, fun party. Kayla works at a rehab hospital as an activities director and about a month ago she did an exercise video with her patients - none other than Richard Simmons' Sweatin' to the Oldies. And then a brilliant idea popped into her head... a party theme for her upcoming birthday!

And there you have it. We had about thirty people over on Saturday and almost every single one of them dressed up in fab, tacky workout gear. And we actually did the video. There is proof below. And when I say video, I mean we pulled out my ol' tape/DVD combo player from my old classroom and we popped in that VHS! Believe it.

The best part of the night was present time. Kayla's laptop broke a few months ago and she has been relying on her smart phone ever since. A few of her friends found out she really needed a new computer and they all pitched in and bought her a tablet with a detachable keyboard. She had NO idea it was happening and she was literally in shock as she opened it. So fun!

I will let the pictures below do the rest of the talking, but if you are wondering, yes, Micah is wearing my pink running shorts... 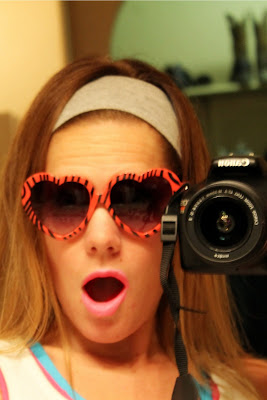 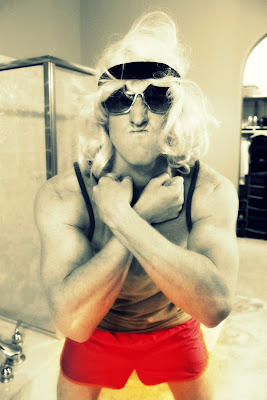 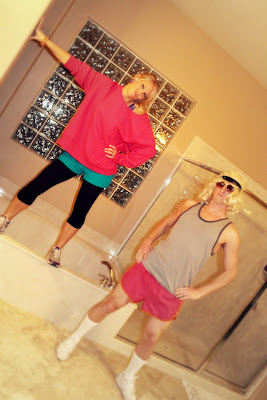 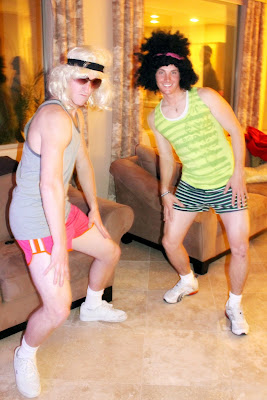 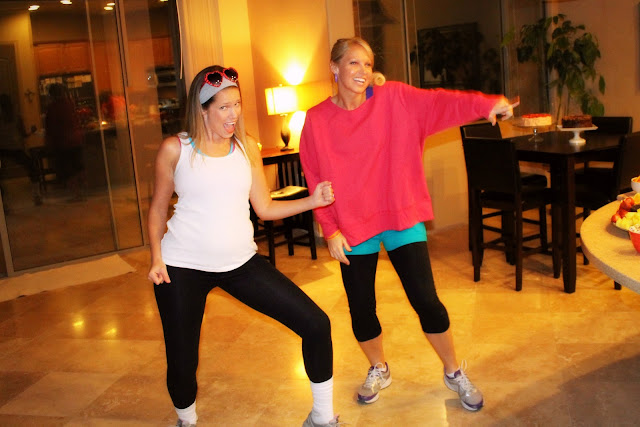 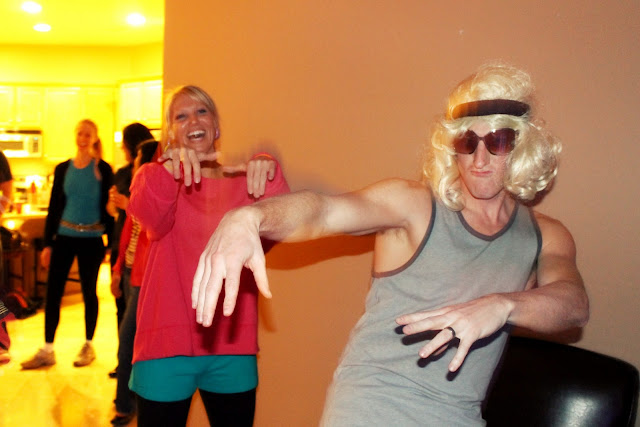 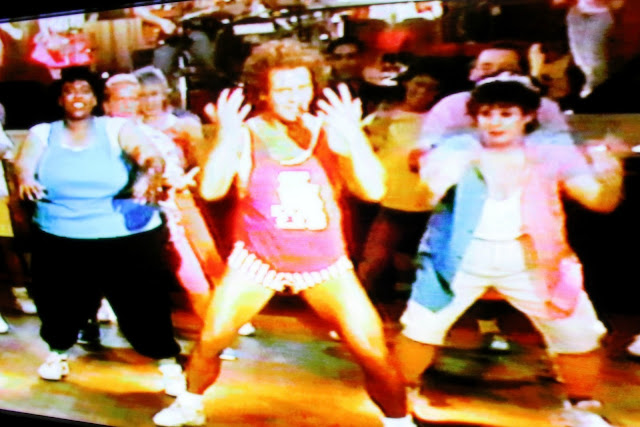 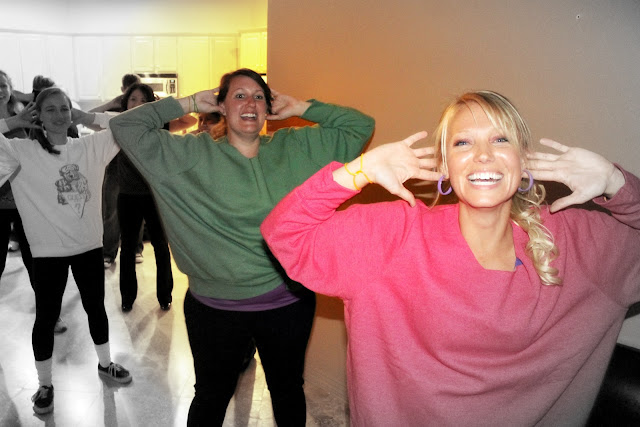 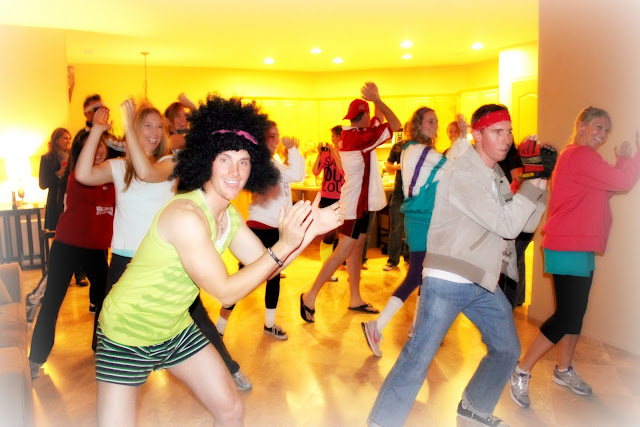 Linking up with Embrace the Camera!

haha- what a fun theme! I love it! Those pics of everyone doing the routine are PRICELESS!! :)

Hahaha! I used to do that video with my mom! It looks like you guys had a lot of fun!

LOVE IT. Kayla would have loved it too! What a fun night.

What a brilliant party idea! Love the photos :)

haha what a great party theme!

Hi! I just came across your blog, omg this is so funny lol, everyone's expressions are priceless

This. Looks. SO. Fun. I love the pics of Kayla - she is smiling so big! Makes me happy.

Jen, these are awesome -- I especially love the pic of everyone joining in! And Micah looks pretty cute in your pink running shorts, I hope he'll give them back!

This is beyond fantastic! I feel the Simmons love already!

too fun! love all the pictures!